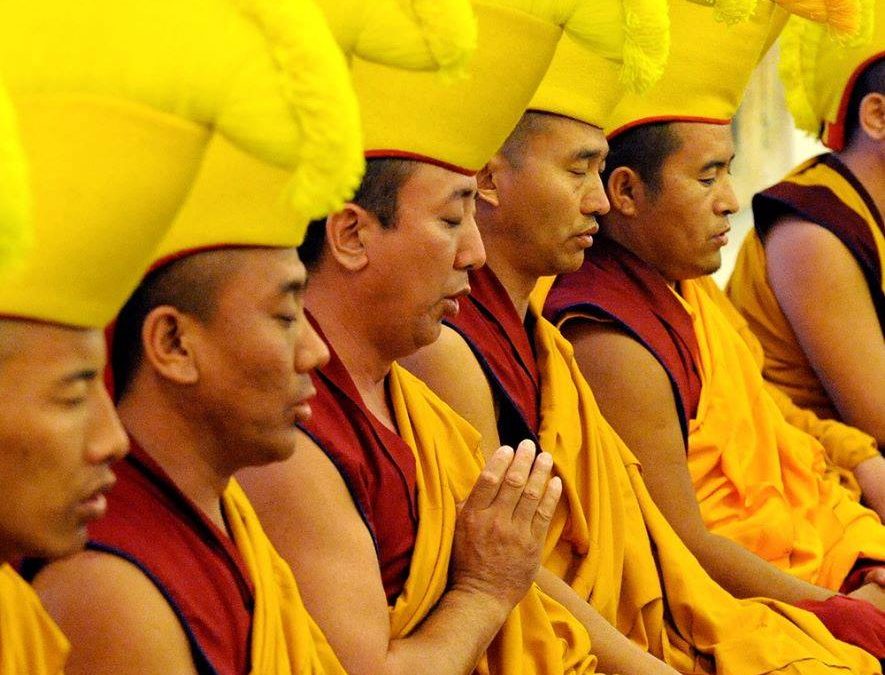 The Mystical Arts of Tibet is a world tour endorsed by His Holiness the Dalai Lama to promote world peace and healing by sharing Tibet’s rich and authentic sacred performing and visual arts with modern audiences. The tours offer a rare opportunity to witness one of the world’s most ancient sacred traditions presented by a group of monk artists for whom these traditions are a way of life. The Drepung Loseling Monks have enjoyed an overwhelming reception across North and South America, as well as in Europe. Due to the timeless nature of these Tibetan arts, and the spirit of universal values they inspire, the tours continue to capture the imagination of the West.

The artists are monks from Drepung Loseling Monastery, which has been re-established in exile in South India. The performers on The Mystical Arts of Tibet tour are not full-time professionals; rather they are genuine monks who are taking time off from their life-long devotion to contemplation and study to participate in the tour. These monk artists consider it an honor to be selected to represent their monastery and share their cultural traditions on the tour, hoping that they will be able to make some small contribution toward world peace and toward greater awareness of the Tibetan situation. At the end of each tour the monks return to Drepung Loseling Monastery to continue their vocation.

Give us your email and we'll keep you up to date on all things Zen!
Get Tickets